Between the Sounds By Yonatan Razel/cd Israeli Hebrew 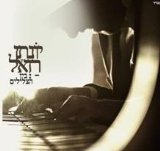 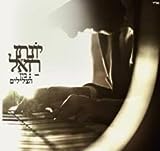 Between the Sounds By Yonatan Razel/cd Israeli Hebrew Specifications

Yonatan Razel vocalist and esteemed creator new album Five years after issued his debut album, "Total - All" which reached gold album status, For sales of more than 30,000 copies and left wanting more, Razel gracefully captivating spell all types of audiences: the religious and the secular and the passing of the wonderful creations "little one", "nostalgia", and "nigon foreign language "which captured the various radio shop and Galgalatz's playlist with songs in the first place parade of Sound Radio level. The album contains 10 songs including songs written and texts and tunes from the sources