Girls Aloud: Out Of Control Tour 2009 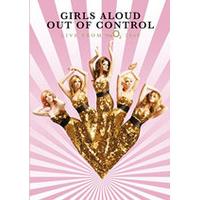 NTSC/Region 0. This DVD release from the British girl group gives fans a chance to enjoy this spectacular tour in their own homes. The UK's greatest girl group filmed the show in May this year at The O2 arena in London. During the 32 date tour, Girls Aloud played to approximately half a million people. The live extravaganza was dubbed their best live tour to date by the fans whilst the press raved about it. The London paper said it was their best live tour to date whilst The Times gave the show four stars. As well as the full live show, the DVD includes several amazing bonus features, including a Girl-cam that allows the viewer to follow their favorite Girl Aloud as she performs a song on tour. Also included are full promo videos for the hit singles 'The Promise', 'The Loving Kind' and 'Untouchable', as well as the tour screen visuals. Polydor.

I have been searching for the right price for this product for ages, not only on here, but on other sites as well, such as Ebay. It was great seeing that this particular one was fairly underpriced when compared to what other people were selling this for. The DVD came in great condition, plays with no issues, and came quicker than I expected. I certainly recommend this product and this seller
Tatyana Ventura
( 12/03/22 )

After reading the not playing on US.. I was really afraid but I took my chance and it payed off... I have a Samsung Blueray and I get wireless updates so maybe that is why I didnt have problems..
I just dont understand why these girls never crossed the pond.. Their show is great quality and they are beautiful. Im a Cheryl Cole fan and this is heaven... The woman is simply perfect...
Karetza I Ruz
( 12/03/22 )