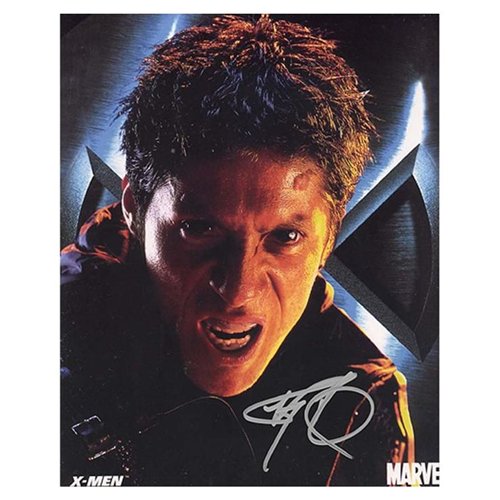 Ray Park is quickly becoming a mainstay among the comic book and Sci-fi movie crowd. Ray Park's first big role came when he played the main villain Darth Maul in Star Wars Episode 1: The Phantom Menace. Using a light-saber, the force, and some sleek fighting skills he cemented himself as a mainstay in one of the greatest epic movie series of our time. Park was also made famous by playing the mutant Toad in the X-Men movie series and has recently been confirmed to play the extremely popular villain Snake Eyes in live action film version of G.I. Joe based on the cartoons from the 1980s. Ray Park has hand signed this 8x10 vertical photograph of him as Toad in X-Men which comes complete with a Steiner Sports Certificate of Authenticity. This photograph is signed in silver marker. Dimensions: 8 L x 10 W x 0.1 H.