Torchwood. Protecting the Earth against alien threats in the 21st Century - the time when everything changes.Created by Russell T Davies and starring John Barrowman as Captain Jack Harkness, Eve Myles as Gwen Cooper, Burn Gorman as Owen Harper, Naoko Mori as Toshiko Sato and Gareth David-Lloyd as Ianto Jones, Torchwood is dark and gritty, rain soaked and blood drenched, sexy and thrilling. Its first season covered subjects as diverse as a sex-addicted alien mist, a powerful Cyberwoman, a telepathy-inducing pendant, an invisible man and alien Weevils.In this, the first factual book to be published on the series, noted TV historian Stephen James Walker charts the story of Torchwood, complete with character profiles, cast and production team information, behind-the-scenes details and a comprehensive guide to each of the 13 episodes, looking at the key elements and the many links to Doctor Who that permeate the show.Inside the Hub is every fan''s one-stop guide to the secret world of Torchwood.Published by Telos, who have obviously decided to corner the market in ''must have'' television reference books Sci-Fi-Online (about Triquetra)

Inside The Hub: The Unofficial And Unauthorised Guide To Torchwood (2020-10-31) 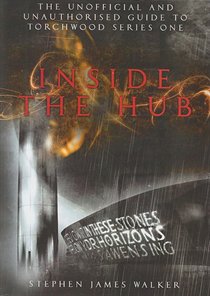