Nasa Apollo 11: An Insight Into The Hardware From The First Manned Mission To Land On The Moon 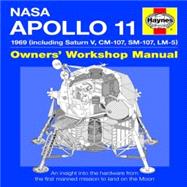 On July 20, 1969, US astronaut Neil Armstrong became the first man to walk on the moon

The Apollo 11 mission that carried him and his two fellow astronauts on their epic journey marked the successful culmination of a quest that, ironically, had begun in Nazi Germany thirty years before. This is the story of the Apollo 11 mission and the ‘space hardware’ that made it all possible. Author Chris Riley looks at the evolution and design of the mighty Saturn V rocket, the Command and Service Modules, and the Lunar Module. He also describes the space suits worn by the crew, with their special life support systems. Launch procedures are described, ‘flying’ the Saturn V, navigation, course correction ‘burns’, orbital rendezvous techniques, flying the LEM, moon landing, moon walk, take-off from the moon, and earth re-entry procedure. Includes performance data, fuels, biographies of Armstrong, Aldrin and Collins, Gene Kranz and Werner von Braun. Detailed appendices cover all of the Apollo missions, with full details of crews, spacecraft names and logos, mission priorities, moon landing sites, and the Lunar Rover. 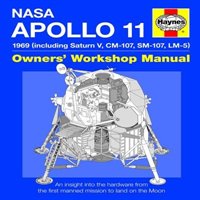