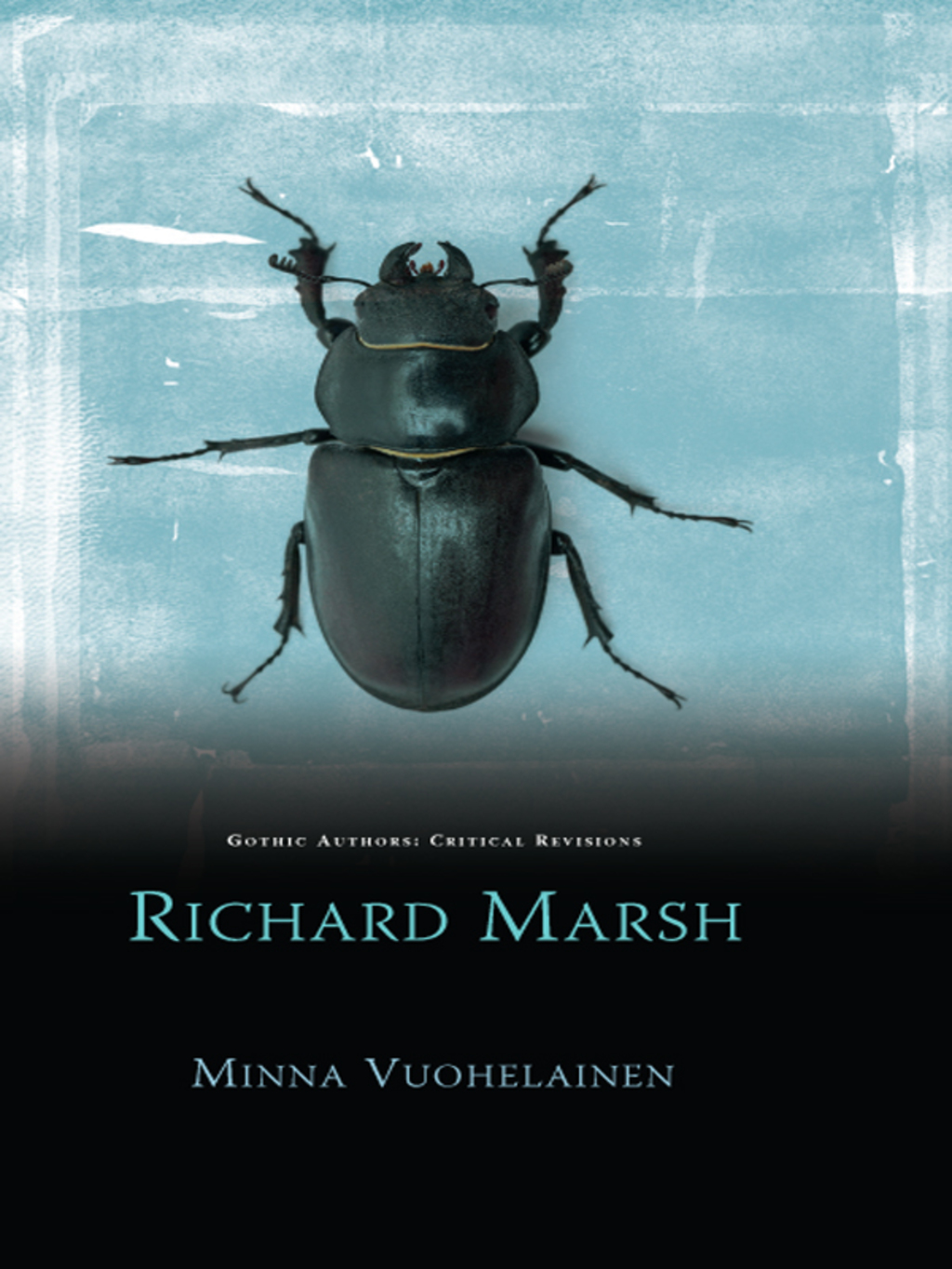 This book, the first on Marsh, establishes his credentials as a significant agent within the fin de siècle gothic revival. Marsh’s work spans a range of gothic modes, including the canonical fin de siècle subgenres of urban and imperial gothic and gothic-inflected sensation and supernatural fiction, but also rarer hybrid genres such as the comic gothic and the occult romance. His greatest success came in 1897 when he published his bestselling invasion narrative The Beetle: A Mystery, a novel that articulated many of the key themes of fin de siècle urban gothic and outsold its close rival, Bram Stoker’s Dracula, well into the twentieth century. The present work extends studies of Marsh’s literary production beyond The Beetle, contending that, in addition to his undoubted interest in non-normative gender and ethnic identities, Marsh was a writer with an acute sense of spatiality, whose fiction can be read productively through the lens of spatial theory.