Walter & Me: Standing In The Shadow Of Sweetness 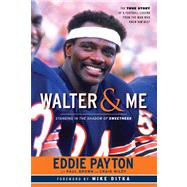 Widely regarded as one of the best football players to ever tie on a pair of cleats, Walter Payton led a fascinating and ultimately tragic life. Told in the voices of those who knew him best, this biography of the Chicago Bears legendary running back tells the inspiring account of the reward of hard work and is an uplifting testament to the power of the human spirit Specifications

It is a story of inspiration, redemption, and the deep passion two brothers felt for the sport of football. More than a decade after the untimely death of Walter Payton, his older brother recalls the moments they shared and the continuing sting of the loss of a legend. This glimpse into Payton’s life doesn’t sugarcoat the issues or glorify the late superstar, but rather it addresses the subjects of suicide, drug abuse, and infidelity head-on with intimate knowledge of the facts. In this candid take, Walter’s older brother discloses the true life of man simply known as Sweetness. 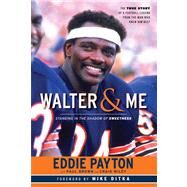