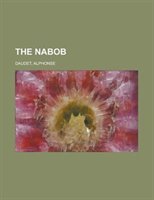 Excerpt: ... had a zeal even more impassioned and the vanity of turkey-cocks, all worked up to white heat. The most insignificant recorder, inspector, mayor''s secretary, village schoolmaster, spoke as if he had the whole country behind him, and the pockets of his threadbare black coat full of votes. And it is a fact, in Corsican parishes (Jansoulet had seen it for himself) families are so old, have sprung from so little, have so many ramifications, that any poor fellow breaking stones on the road is able to claim relationship with the greatest personages of the island, and is thereby able to exert a serious influence. These complications are aggravated still more by the national temperament, which is proud, secretive, scheming, and vindictive; so it follows that one has to be careful how one walks amid the network of threads stretching from one extremity of the people to the other. The worst was that all these people were jealous of each other, detested each other, and quarrelled across the table about the election, exchanging black looks and grasping the handles of their knives at the least contradiction. They spoke very loud and all at once, some in the hard, sonorous Genoese dialect, and others in the most comical French, all choking with suppressed oaths. They threw in each other''s teeth names of unknown villages, dates of local scandals, which suddenly revived between two fellow guests two centuries of family hatreds. The Nabob was afraid of seeing his luncheons end tragically, and strove to calm all this violence and conciliate them with his large good-natured smile. But Paganetti reassured him. According to him, the vendetta, though still existing in Corsica, no longer employs the stiletto or the rifle except very rarely, and among the lowest classes. The anonymous letter had taken their place. Indeed, every day unsigned letters were received at the Place Vendome written in this style: M. Jansoulet, you are so generous that I cannot do less than point...