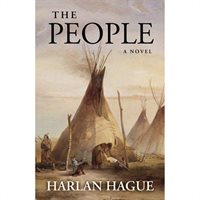 In this retelling of the frontier story, the western tribes put aside ancient enmities and form a confederation to oppose the invasion of their lands by the American army and settlers

The confederation has advantages: control of gold mines and superior weapons supplied by a shadowy Asian people called the Celestials. The confederation of The People is led by the Beothuk who escaped extinction in their ancient homeland in eastern Canada and settled in the American western plains. This is a fanciful retelling of the frontier saga. It also is a star-crossed love story between an impressionable army lieutenant and a young Indian girl who is better educated and speaks more languages than her soldier lover.