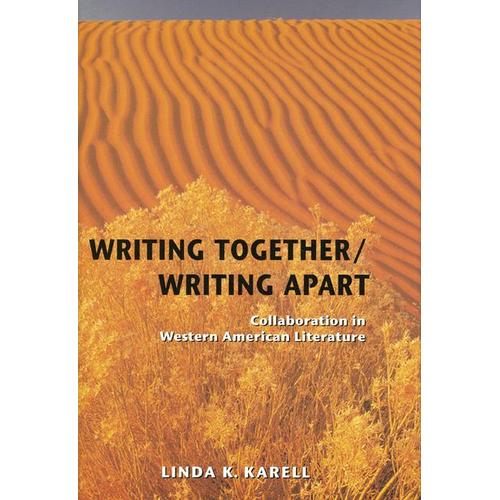 In this study of collaborative writing in western American literature, Linda K. Karell asks broad and fruitful questions about how writing in general is produced. By examining collaboration both as a process and as a product, she challenges the definition of an author as an individual genius who creates original works of art in isolation.From a collaborative view, what was a fairly direct cause and effect scenario (individual author inspiration = original literary masterpiece) becomes something much less clear. An individual is always located within a shifting context of texts from which he or she draws to produce often with substantial and varied support from other writers, editors, spouses or partners, and institutions a work that will be termed original. Collaboration insists on recognizing this oft-hidden contribution of others as an important component of meaning, something our traditional understanding of the author persists in ignoring or displacing.Karell provides a close analysis of the various means by which writers work with others to produce their final literary products. Methods include traditional joint writing practices such as ghostwriting or edited texts, as in the case of Mourning Dove and ethnographer Lucullus McWhorter; the incorporation of existing diaries or letters from other writers, for example, Wallace Stegner's Angle of Repose with Mary Hallock Foote; and dual-authored texts such as those produced by Louise Erdrich and Michael Dorris. By challenging the seductive myth of the solitary writer within the context of the myth of the independent westerner, Karell makes the compelling argument that collaboration is an inescapable part ofwriting.