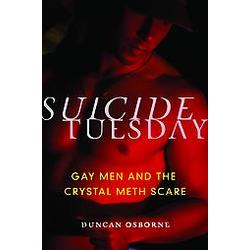 Crystal methamphetamine, also known as crystal meth, has rocked national news headlines as the often deadly party drug of choice for gay and bisexual men. The recent media blitz around the so-called AIDS supervirus was only one of virtually thousands of earlier stories that laid the blame for an outbreak of new HIV transmission among gay men on impaired judgment brought about by crystal meth use. The low-priced stimulant -- which can be snorted, smoked, ingested, or injected -- increases its user's heart rate, blood pressure, and stamina, while decreasing the need for food and sleep. Health experts estimate that 22 percent of all gay men have tried crystal meth at least once. Heterosexuals, including teenage girls, have also joined the millions of crystal meth users and addicts. In Suicide Tuesday, Duncan Osborne, the leading journalist on the topic of gay men and crystal meth, offers a critical, clear-eyed look on the history of crystal meth, its effect on gay men, its alleged link to HIV transmission, the gay community's response to the reported epidemic, as well as the media's role in fostering public awareness but also sex panic among gay people.

Osborne, in Suicide Tuesday, ventures into controversial territory: the behavior of gay men in relation to HIV-transmission, the correlation between that and crystal meth use, and the various levels of media response to both. I found this book both an engaging and enlightening read. Of particular interest are Osborne's insights into the national media's tendency to latch onto anything that might be sensationalized into hysteria, as well as the tendency of factions of the gay community to do the same. Par..
Patrick Ryan (New York C..
( 11/09/20 )

Misguided and misinformed - avoid at all costs, January 21, 2006

I was deeply offended by this book. As a gay man himelf, Mr. Osbourne can be likened to a Jew being in denial of the Holocaust. How on earth can he claim that most gay men who use meth are in control of their usage? Does he use himself? Does he go to nightclubs and 'circuit parties'? Does he spend the rest of his time chained to his computer looking for his next 'trick'? A recent online poll by The Advocate, with over 1000 respondents, showed that 75% of the gay community say that meth is a non-controllable..
Gary S. Leigh "Gary Leig..
( 11/03/20 ) 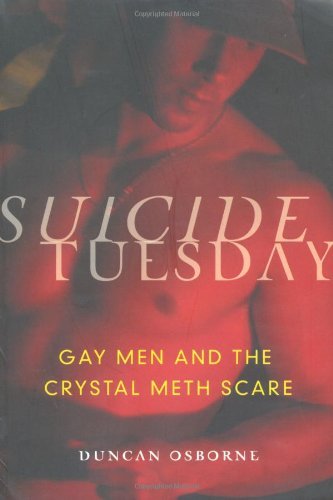