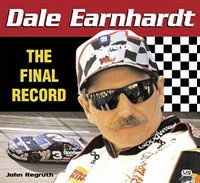 In addition to track-by-track race records and every conceivable statistic relating to Earnhardt, a huge selection of photos feature shots of the NASCAR legend and the cars he drove on NASCAR tracks, beginning with his first race in 1978. Also included are details of Earnhardts International Race of Champions (IROC) efforts and his stunning performance with son Dale Jr. at the 2001 24 Hours of Daytona endurance sports car race.