Yet Alfred Zampa (1905-2000) lived a remarkable life that touched not only the bridge named in his honor, but many of the other bridges around the Bay Area. An active ironworker from 1925 on, he typified a worker who was hardy and tough, but with the skill to perform extremely precise work under hazardous conditions. He often worked hundreds of feet above the San Francisco Bay with only the spindliest of support, and he fell from the Golden Gate Bridge in 1936. Caught by the safety net, he became a charter member of the ultra-exclusive Halfway to Hell club. Zampa died at the age of 95, six weeks after attending the groundbreaking of his namesake Alfred Zampa Memorial Bridge, the only bridge named in honor of a building tradesman. The Images of America series celebrates the history of neighborhoods, towns, and cities across the country. Using archival photographs, each title presents the distinctive stories from the past that shape the character of the community today. Arcadia is proud to play a part in the preservation of local heritage, making history available to all. 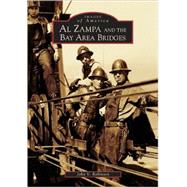