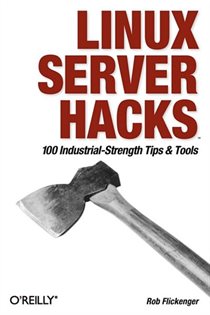 Setting up and maintaining a Linux server requires understanding not only the hardware, but the ins and outs of the Linux operating system along with its supporting cast of utilities as well as layers of applications software. There's basic documentation online but there's a lot beyond the basics you have to know, and this only comes from people with hands-on, real-world experience. This kind of 'know how' is what we sought to capture in Linux Server Hacks.Linux Server Hacks is a collection of 100 industrial-strength hacks, providing tips and tools that solve practical problems for Linux system administrators. Every hack can be read in just a few minutes but will save hours of searching for the right answer. Some of the hacks are subtle, many of them are non-obvious, and all of them demonstrate the power and flexibility of a Linux system. You'll find hacks devoted to tuning the Linux kernel to make your system run more efficiently, as well as using CVS or RCS to track the revision to system files. You'll learn alternative ways to do backups, how to use system monitoring tools to track system performance and a variety of secure networking solutions. Linux Server Hacks also helps you manage large-scale Web installations running Apache, MySQL, and other open source tools that are typically part of a Linux system.O'Reilly's new Hacks Series proudly reclaims the term 'hacking' for the good guys. Hackers use their ingenuity to solve interesting problems. Rob Flickenger is an experienced system administrator, having managed the systems for O'Reilly Network for several years. (He's also into community wireless networking and he's written a book on that subject for O'Reilly.) Rob has also collected the best ideas and tools from a number of other highly skilled contributors.Written for users who already understand the basics, Linux Server Hacks is built upon the expertise of people who really know what they're doing.