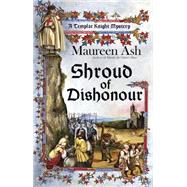 Templar Bascot de Marins is preparing to rejoin the Holy Wars when he is called upon to investigate a gruesome murder in the Order''s own chapel.. Specifications

The shocking discovery of a strangled prostitute in the Templar chapel throws the Order into disarray. Alongside the corpse is a purse containing thirty pence-the same amount of silver Judas received for betraying Christ. Is the murder revenge for a Templar brother''s betrayal? Has one of their own broken his vow of chastity? The Order''s preceptor turns to Bascot to determine whether an outsider is seeking to dishonour the Templars or a murderer walks among their ranks.