Literature, Migration And The 'war On Terror' 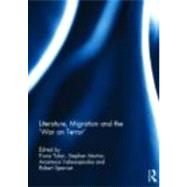 This is a major new collection of essays on literary and cultural representations of migration and terrorism, the cultural impact of 9/11, and the subsequent ''war on terror'' Specifications

The collection commences with analyses of the relationship between migration and terrorism, which has been the focus of much mainstream political and media debate since the attacks on America in 2001 and the London bombings in 2005, not least because liberal democratic governments in Europe and North America have invoked such attacks to justify the regulation of migration and the criminalisation of ''minority'' groups. Responding to the consequent erosion of the liberal democratic rights of the individual, leading scholars assess the various ways in which literary texts support and/or interrogate the conflation of narratives of transnational migration and perceived terrorist threats to national security. This crucial debate is furthered by contrasting analyses of the manner in which novelists from the UK, North Africa, the US and Palestine have represented 9/11, exploring the event''s contexts and ramifications.This path-breaking study complicates the simplistic narratives of revenge and wronged innocence commonly used to make sense of the attacks and to justify the US response. Each novel discussed seeks to interrogate and analyse a discourse typically dominated by consent, belligerence and paranoia. Together, the collected essays suggest the value of literature as an effective critical intervention in the very fraught political aftermath of the ''war on terror''.This book was published as a special issue of the Journal of Postcolonial Writing. 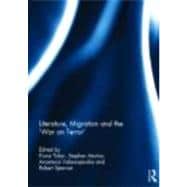