The Evolution Of Primate Societies

CHECK IT $78.5 cad Indigo
The Evolution Of Primate Socie.. 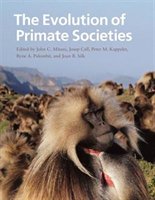 In 1987, the University of Chicago Press published Primate Societies, the standard reference in the field of primate behavior for an entire generation of students and scientists

But in the twenty-five years since its publication, new theories and research techniques for studying the Primate order have been developed, debated, and tested, forcing scientists to revise their understanding of our closest living relatives.Intended as a sequel to Primate Societies, The Evolution of Primate Societies compiles thirty-one chapters that review the current state of knowledge regarding the behavior of nonhuman primates. Chapters are written by the leading authorities in the field and organized around four major adaptive problems primates face as they strive to grow, maintain themselves, and reproduce in the wild. The inclusion of chapters on the behavior of humans at the end of each major section represents one particularly novel aspect of the book, and it will remind readers what we can learn about ourselves through research on nonhuman primates. The final section highlights some of the innovative and cutting-edge research designed to reveal the similarities and differences between nonhuman and human primate cognition. The Evolution of Primate Societies will be every bit the landmark publication its predecessor has been.