Reminiscences Of My Life 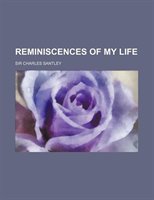 Purchasers can download a free scanned copy of the original book (without typos) from the publisher. Not indexed. Not illustrated.1909 Excerpt: ... CHAPTER XXVI At the Cape--Successful Tour--Coach to Johannesburg--Nursing a Weighty Boer--Dust Storm--Maritzburg--Prorogation of Parliament--Zulu Lady''s Ball Dress--Acted on my Resolution--Art of Imparting Knowledge--Manuel Garcia--Rage for Money-making--A Great Artiste. My old love of the sea returned in 1893. I did not care to make a long voyage, and I had a desire to try new scenes; the Cape of Good Hope appeared to me a likely place, so I chose it. I intended to make my voyage, out and home, my summer holiday. John Carrodus, the accomplished violinist, suggested that I might give a concert, or perhaps two, at Capetown, and so clear my expenses, especially as I should find a very good accompanist and conductor, Thos. Barrow Dowling (now Doctor of Music) established there. Before I left England I received a fine from my friend, Carlyle Smythe--my agent and companion in New Zealand, Tasmania, etc.,--stating that he had just concluded a tour with Max O''Rell, and if he could be of any service in arranging a tour for me, or in any other way, he was at my disposal. I replied, asking him to await my arrival at Capetown, as I had not counted upon going further. When I arrived at Capetown there was my young friend waiting for me on the quay. We went straight to the hotel, and in half-an-hour had settled preliminaries for a journey up country, to be made a combination of pleasure trip and business tour. We made a start with four concerts in Capetown; the hall was diminutive, and would only hold 450; it was crowded each night. We also gave a concert in one of the pretty suburbs, crowded also. At this I could only pipe feebly, my throat being stuffed up, in consequence of not having taken the usual precaution after a sea voyage to touch up my obstinate liver, a pr...