Demosthenes And His Time: A Study In Defeat 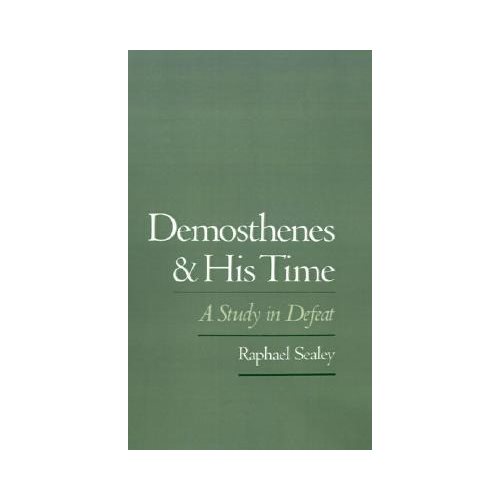 This book draws on a wide range of evidence to study the history of Athens from 386 to 322 B.C Specifications

Taking a sympathetic view of the Second Athenian League, Sealey focuses on the career of Demosthenes to provide important insights into Athenian politics and policies. Demosthenes experienced repeated setbacks in his early attempts at public activity, but found his mission as a statesman in the conflict with Macedon and subsequently became the leading man in Athens. Sealey rejects theories that assume programmatic divisions among Athenian statesmen into pro- and anti-Macedonians, and argues that all Athenians active in politics resented Macedonian ascendancy but recognized the necessity of accommodation to superior power. His account concludes with the defeat of Athens and its allies and the suicide of Demosthenes, presenting new insights not only into the life of Demosthenes and the turbulent years of his political career, but also the social and international factors bearing on Athenian political activity in general.