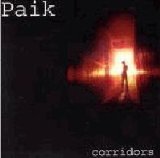 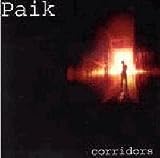 1. Tinsel and Foil 2. Strange Familiar 3. Spacer (2001) 4. Hollow Ki 5. Spanning Time 6. Stellazine 7. The Longest Day Release Date: 2001 Paik is a Michigan space rock band if I've ever heard one! This once great mecca of the drone was home to such luminaries as Mahogany, Transient Waves, Grimble Grumble, and Star Phase 23 to name a few. Nowadays most of these bands are either dead or relocated, and the fort is held down by the always excellent Windy & Carl and the formerly great Füxa. Corridors is the type of album that any fan of space rock should be dying over. The guitars are fuzzy and loud, the drums are repetitive, and the bass lines are trance inducing. Listening to Paik is akin to listening to Slowdive, My Bloody Valentine, Kinski, Yume Bitsu, and Tristeza duke it out in a battle royale. None of these bands wins out. Instead, they are thrown into a giant blender and mixed together, forming a wonderful ambient rock opus. In all seriousness, Paik has gotten the formula right. Everything sounds so huge and resounding (I think the song "Strange Familiar" sets a new benchmark for hugeness). The only thing that could keep any fan of the genre from totally loving these guys is the fact that they don't have a vocalist. I must admit that at first I was thrown off by the lack of vocals because in every other band that sounds anything like this, there are wispy vocals leading me out into the ether. Eventually I came around to the realization that the lack of vocals make the songs more interesting because everything takes on an added weight when there is no singing to subconsciously latch onto. This album is exciting and vibrant and would be a worthy addition to anyone's record collection. In a sea of space rock/shoegaze wannabes, Paik is the real thing.