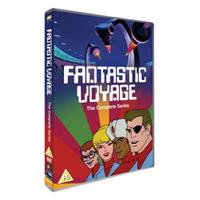 Fantastic Voyage available to own on DVD for the first time ever. Based on the famous film of the same name Fantastic Voyage is the animated US TV series from the late 60s created by the world famous animation studio Filmation (He-Man She-Ra Flash Gordon Batman Superman) and produced by renowned animators Lou Sheimer and Norm Prescott. The series follows the adventures of C.M.D.F. a secret government organisation that possesses the ability to reduce people to microscopic size for 12 hours only. Using a flying submarine called The Voyager they do battle against unsuspecting enemies of the free world (both criminal and germinal matter). Released as a 3 disc set containing all 17 episodes. Fantastic fun and over eight hours of entertainment! 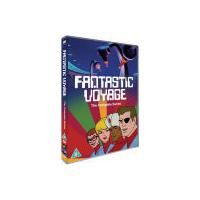