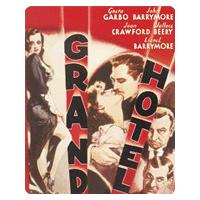 Although the whole cast deserves accolades, it is the work of Lionel Barrymore that I find compelling. He plays Otto Kringelin, the regular working man who finds himself incurably ill. He decides to spend his last days in luxury at the beautiful Grand Hotel. He makes the acquaintance of a baron (his brother, John), acquires a girlfriend (Joan Crawford), and gets a chance to tell off his boss (Wallace Beery). He achieves the dream that many people have, but never realize. ..
A Customer (USA)
( 01/05/19 )

The Best Picture of 1931-2 "Grand Hotel" deserved it's Oscar and deserves it's place in history as a forerunner of star-studded films to come. The cast alone is worth watching the film for. But the film stands on it's own as well and is smoothly done considering the intertwining stories of various people whose paths (and fates) cross in that posh Berlin establishment. Greta Garbo as a depressed ballerina is one reason to see this but there's John and Lion..
Mark Norvell (HOUSTON)
( 10/14/19 )

I have a particular affinity for films from the pre-code era, and "Grand Hotel" is by far my favorite of this genre. After numerous viewings, I began to understand this wonderful film as a portrayal of the tremendous struggle life must have been for Germans of the Weimar period, even for the entrepreneurial and aristocratic classes, especially in this critical year before power was handed over to Hitler. In this movie, everyone is broke except the mousy little cl..
M. S. Driver (Woodside, ..
( 01/05/19 ) 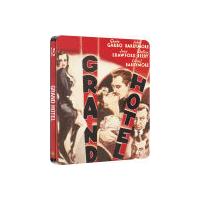