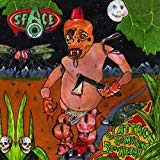 2014 release, the first album in a decade from the quirky Liverpudlian Indie band. Frontman Tommy Scott 's influence for the new songs stemmed from his infamous fascination with science and horror films, and he likens the album to a '50s B-Movie for the ears. Platinum selling band Space came to prominence in the mid 1990's, with hit singles such as 'Female of the Species,' 'Neighbourhood,' 'Avenging Angels,' 'Me and you Verses the World' and 'The Ballad of Tom Jones.' Proud to note how Space have always stood out from the 'normal,' Tommy concedes that their latest album has the usual signature Space quirkiness, with some extra ingredients added to the mix; he describes the songs as a mish-mash of Ska, Punk and the classic Space sound. 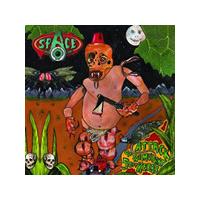