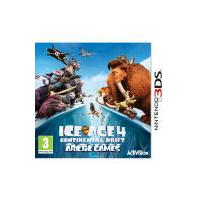 Get ready to brave the icy cold glacial games in Ice Age: Continental Drift &ndash; Arctic Games from Activision Publishing Inc. a wholly owned subsidiary of Activision Blizzard Inc. (Nasdaq: ATVI) in partnership with Twentieth Century Fox Consumer Products.&nbsp; Developed by Behavior Interactive Ice Age: Continental Drift &ndash; Arctic Games is the video game extension of the upcoming fourth installment of the Ice Age franchise Ice Age: Continental Drift where gamers of all ages can use teamwork or go head-to-head as Manny Sid Diego and their furry friends in motion controlled competition that&rsquo;s fun for the whole family.&nbsp; Ice Age: Continental Drift &ndash; Arctic Games is planned to arrive on shelves this summer on the Wii&trade; system from Nintendo Nintendo 3DS&trade; and DS&trade; hand-held systems and Kinect&trade; for Xbox 360&reg; from Microsoft and in European territories for the PlayStation&reg;3 computer entertainment system and PC.&ldquo;Anticipating the summer release of the new Ice Age movie we&rsquo;re taking mammoth measures to give gamers of all ages an action packed Ice Age experience that parallels the clever and inventive qualities of the franchise &rdquo; said David Oxford Executive Vice President Activision.&nbsp; &ldquo;It&rsquo;s important to give players the freedom to interact with these beloved characters in a motion-based video game for players of all ages.&rdquo;When their island is set adrift in the midst of continental upheaval Manny and the herd encounter a ragtag menagerie of seafaring pirates with a secret treasure.&nbsp; Having trouble deciding on how to split the treasure evenly they collectively decide to settle the problem through a series of off-the-wall sporting events including ski jumping ice smashing and glacial hopping.&nbsp; Ultimately the winner of the most events will be entitled to the prize.&nbsp; As the prehistoric games begin players must side with Manny and the herd or the seafaring pirates to determine the fate of the riches. 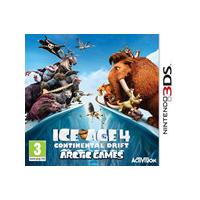