Tales from Europe: The Singing Ringing Tree and The Tinderbox 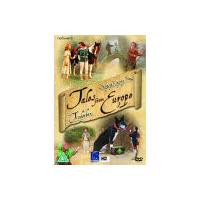