Borderlands 2 is the hungrily awaited sequel to the innovative game Borderlands released in 2009. Developed by Gearbox Software for release on the Xbox 360 PS3 and PC Borderlands 2 carries on the ingenious tradition of the prequel in combining the first-person shooter genre with the best elements of the role-playing genre making for exhilarating non-stop action and progressive gameplay. Borderlands 2 Come And Get Me Set five years after the original Borderlands a power-hungry villain by the name of Handsome Jack is taking credit for the heroism of the four previous vault hunters' actions and in turn seizing control of the planet Pandora. The game introduces four new ferocious Vault Hunters to the fray who set out to stop the evil mastermind and also the CEO of the Hyperion Corporation from opening a vault and letting loose an ancient evil: an alien known as the Warrior. In order to achieve and succeed in this deadly and dangerous mission you will need the help of the original four... Borderlands 2 makes full use of its signature gameplay style of role-playing shooter with you playing as one of the four vault hunters. The classes of the characters range from Axton (Commando) Maya (Siren) Salvador (Gunzerker) and Zer0 (Assassin) each having their own unique special skill set and weapon proficiencies such as Salvador possessing the ability to dual-wield guns and go on a berserk rampage. The weapon options are bursting at the seams due to the help of the new gun system that expands on customisation along with the variety of style of guns meaning millions if not endless possibilities. Alongside the almost limitless multitude of guns there are grenades procedurally generated shields Alien Artifacts and class mods to get your hands on to name but a few. Prepare to shoot and loot your way through Pandora as one of these colourful characters. Quests will be assigned via non-player characters or from bounty boards and the rewards can vary from experience points to money and everything inbetween. Killing enemies and completing in-game challenges will also reward you with experience points which can then be used to grow in level and also allocate skill points into the three branch skill trees. These trees allow you to progress through and enhance your character's special skill sets giving you the ability to completely tailor your character to your preferred style of decimation amongst other things. Other gameplay features range from and include the beloved Borderlands multiplayer options where you can team up with up to three other players online or team up with a friend and play on split-screen as a duo because mayhem and madness is always more fun when shared. Borderlands 2 has been careful to only expand and improve upon the unique features and systems that were introduced in the original game Borderlands staying true to the almost overly enjoyable manic chaos that is the game's signature play style. This is Borderlands 2 now go get hunting shooting and looting! (Cat Emerson) 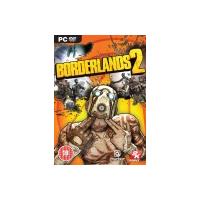 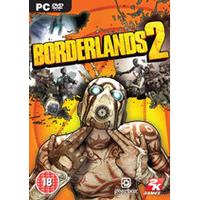