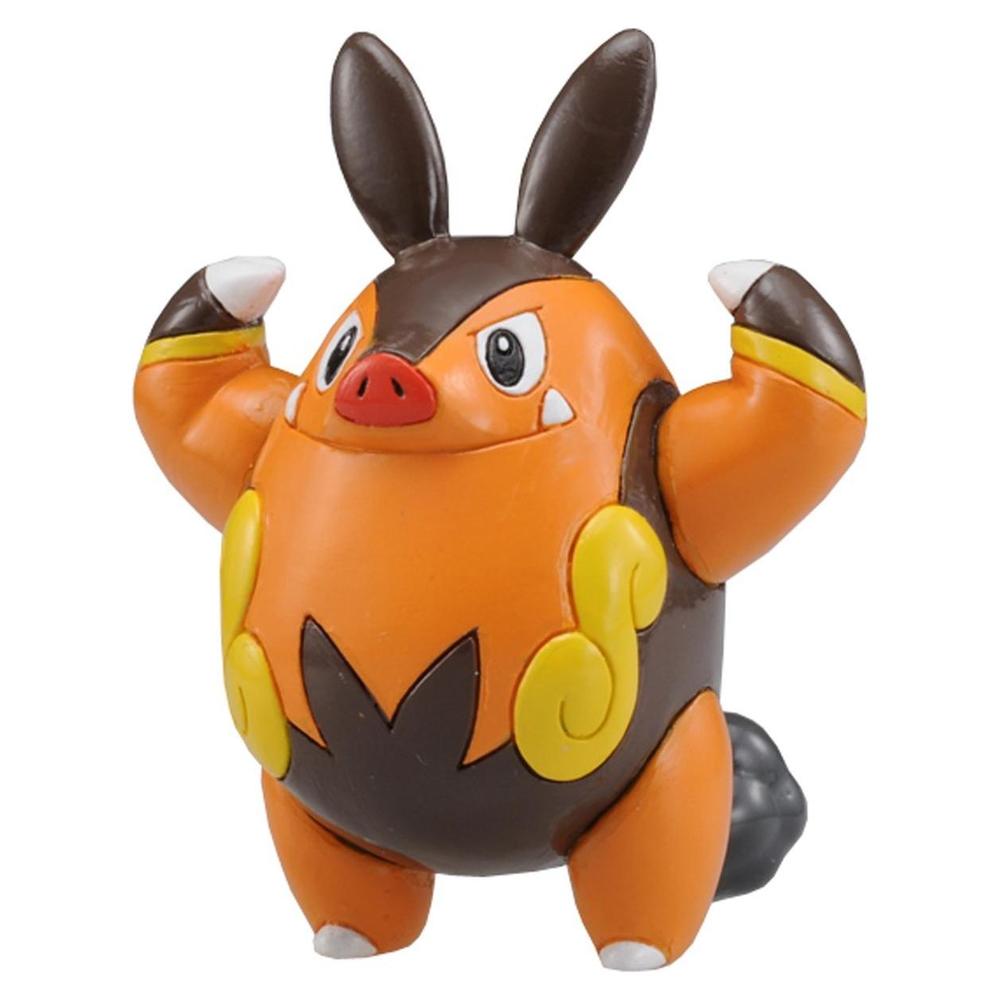 M-016 Chaobu Monster Collection Pokemon M Series Figure. Chaobu is a chubby pig-like Pokemon that sports orange, black, and yellow coloration. Tiny beginnings of tusks protrude from the lower jaw of its wide mouth, and its black, tapered ears are on the top of its head. The black coloration from there extends down to its nose, which, like its pre-evolution Pokabu, is red and piglike. Black coloration encompasses the shoulders, sides, and underbelly of Chaobu, which could be said to resemble the garb of a wrestler of some sort. Gold-colored, swirling features adorn its chest on the black pattern, and the pattern forms spiky shapes on the lower underbelly. The forelimbs of Chaobu have glove-like patterns, with gold bands at the wrists and black at the tips of the hands, which have two claws. Its legs are small with a single nailed toe, and its curled, wiry black tail is tipped with a puffy feature. Licensed product from Takara Tomy JAPAN ! LIMITED QUANTITY!Size: Approx. 2