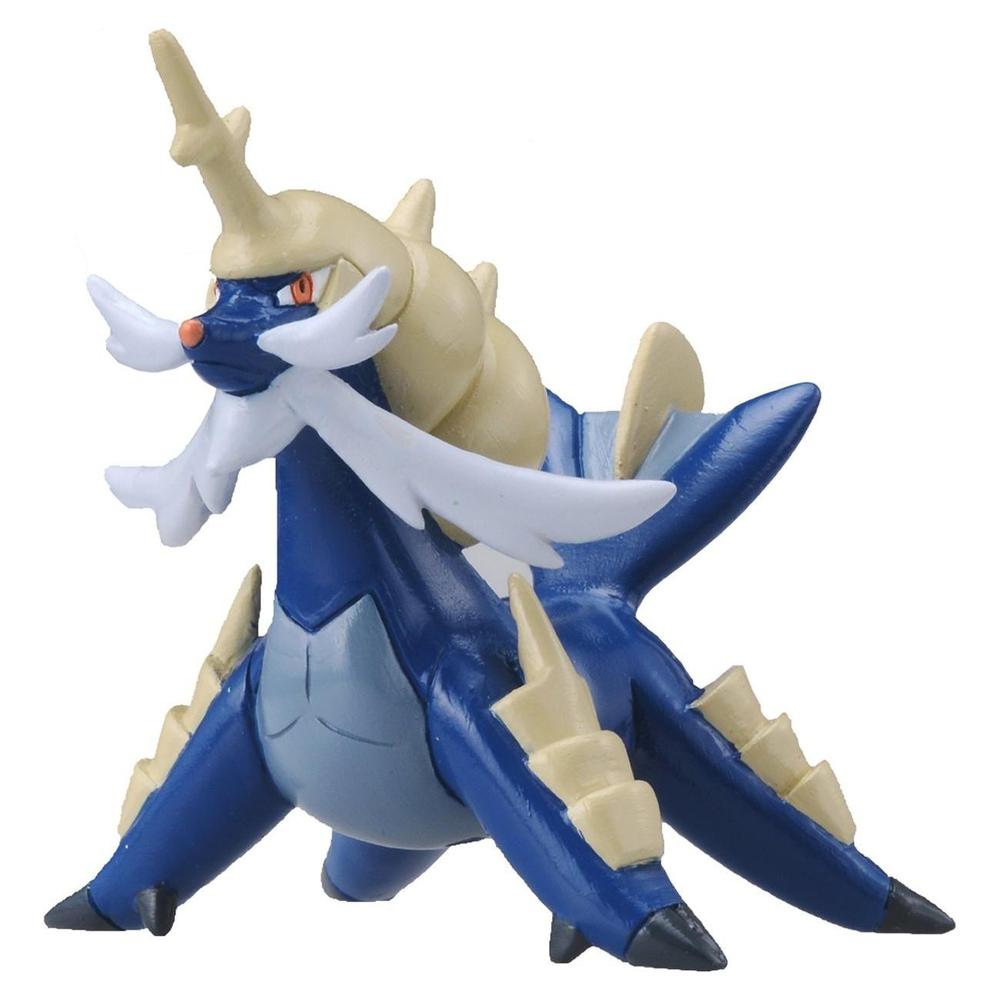 M-020 Daikenki / Samurott Monster Collection Pokemon M Series Figure. Daikenki is a quadruped, blue sea lion-like Pokemon. Long, white whiskers extend from its snout and head, and on the back of its head is a large, rounded beige helmet-like shell with spikes and a spear-like, pointed protrusion in the front. Its underbelly is covered by a dull bluish gray seashell-like carapace, and its limbs are covered with beige, sectioned bracer-like coverings, looking as if comprised of seashells with the forelimbs bracers being the swords that it uses in battle. The lower two segments of these bracers are the scabbards for the two swords. The upper segment and spike make up the sword and its handle, respectively. Daikenki possess three navy digits on each limb, and a fin-like, splayed tail with the innermost section being beige like the seashell-like portions of its body. Licensed product from Takara Tomy JAPAN ! LIMITED QUANTITY!Size: Approx. 2