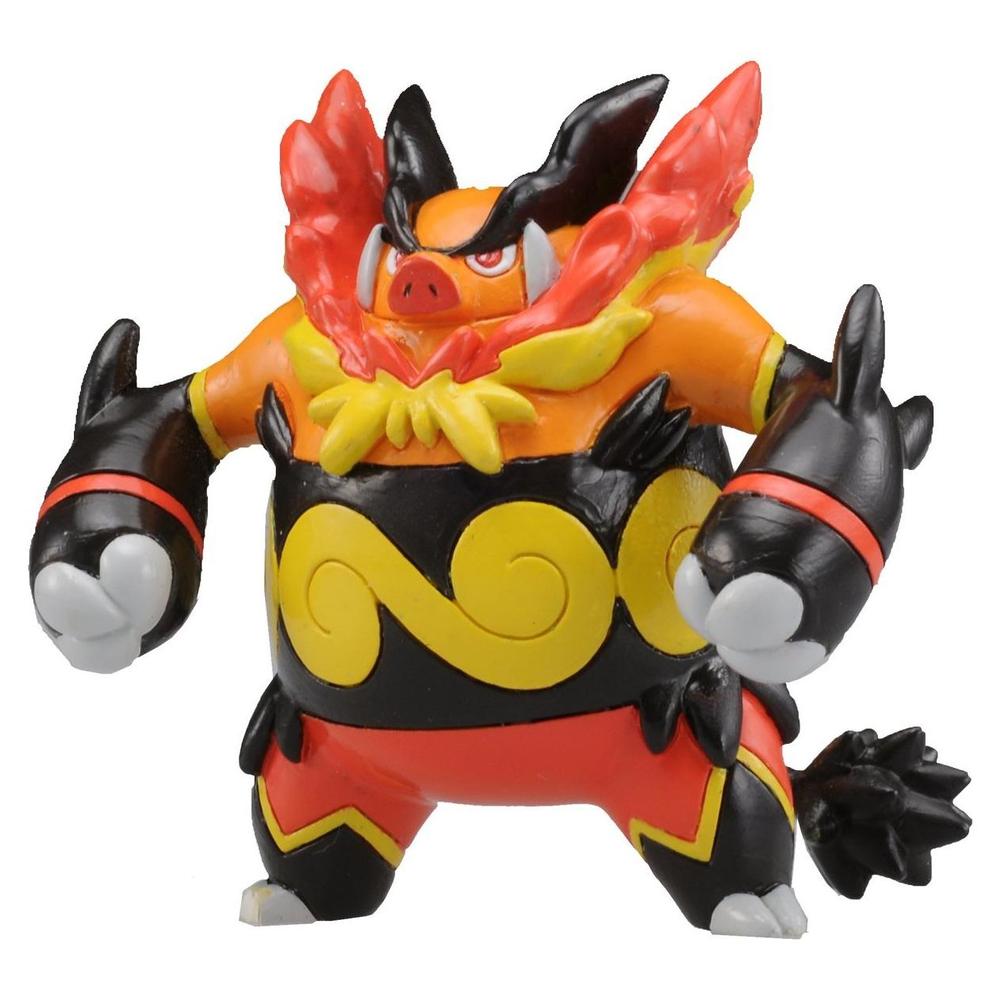 M-019 Enbuoh / Emboar Monster Collection Pokemon M Series Figure. Enbuoh is an enormous, bulky, boar-like Fire-type Pokemon. A beard-like flame wreaths its neck and shoulders. It has long tusks protruding from its lower jaw. Its forearms begin orange in coloration, with the coloration of the upper and lower arms separated by gold-colored bands. The lower arms and elbows are black, the wrists have bands of dark red coloration, and the hands are tipped with three claws. A large, dark horizontal stripe on the chests of Enbuoh sport swirled yellow features, and their legs and lower underside are red, although the feet are black-colored, rimmed in a spiky manner with gold color, and ending in two-toed claws. Licensed product from Takara Tomy JAPAN ! LIMITED QUANTITY!Size: Approx. 2