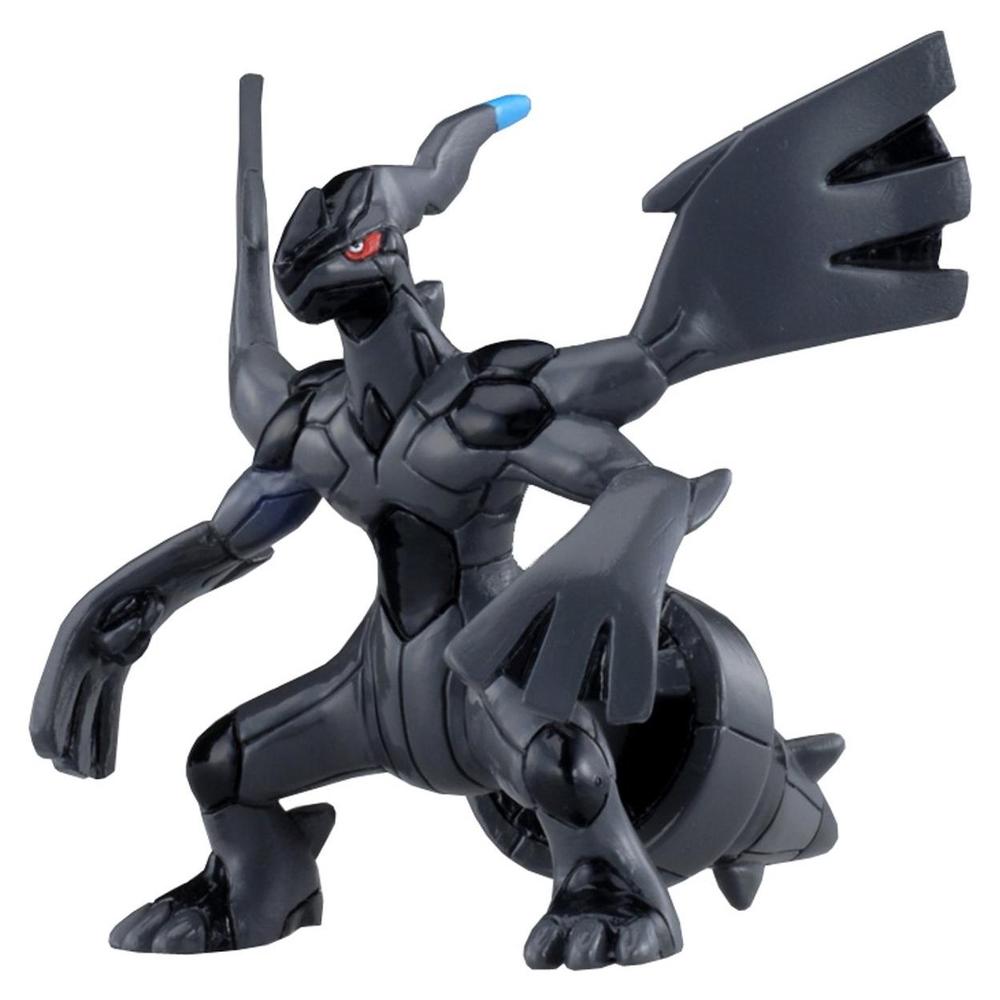 M-010 Zekrom Monster Collection Pokemon M Series Figure. Zekrom is a bipedal Pokemon of indefinable basis, but conveyed to be dragon-like. Zekrom is mainly a shade of dark gray, with darker patches on various portions of its body. It has red eyes and a small horn-like protrusion on the tip of its snout, with its head sporting a plume tipped with light-blue coloration. At the base of its neck is a black, stud-like feature, and atop its shoulders are similar, larger features resembling armor padding. The bases of its wings also have such padding, and a fanned, splayed, seemingly webbed shape with a small wing-spike on one edge. The lower length of Zekrom's arms extenuate into splayed, seemingly webbed, somewhat baseball-mitt-like formations, with three-clawed, dark-colored hands on the undersides. The front portion of Zekrom's waist is black-colored, with its belly and thighs having thin striations down their length. The knees are black, as are the foremost parts of its three-clawed feet and spiked heels. Zekrom's tail consists of large, round, conical and spiked formation, likened to a electricity generator, with a black inner portion and bands on the tip of the outside portion. Licensed product from Takara Tomy JAPAN ! LIMITED QUANTITY!Size: Approx. 2