Creation of Humanoids/War Between the Planets 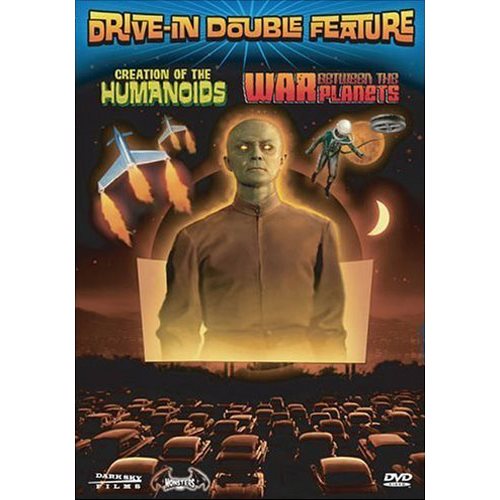 Creation of Humanoids/War Between the Planets Specifications

Creation of the Humanoids: Following a catastrophic nuclear war, mankind creates a race of blue-skinned androids to assist in the reconstruction of civilization. Disparagingly referred to as Clickers, the robots grow more intelligent and human-like. To stop their evolution and to preserve their own rule, a fanatical group called The Order of Flesh and Blood is created. Are the robots really man's enemy or his last hope for survival Featuring cinematography by Academy Award winner Hal Mohr, and makeup by famed artist Jack P. Pierce (Frankenstein, The Mummy), this philosophical science fiction drive-in classic was rumored to have been a favorite of pop artist Andy Warhol. War Between the Planets: When a series of natural disasters plague civilization, scientists learn that the culprit is a seemingly barren planet set on a collision course with Earth. A team of astronauts is sent to counter the impending Armageddon, but after landing on the wayward planet they discover that it has a bloodthirsty life of its own. Also known as Planet on the Prowl and Il Planeta Errante, this extremely stylish Italian sci-fi thriller directed by Antonio Margheriti (Castle of Blood, Cannibal Apocalypse) was the third film in the Gamma I Quadrilogy.Format: DVD MOVIE