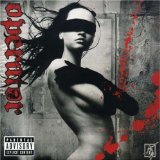 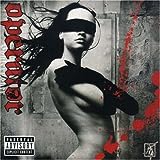 Lots of hard rock bands channel insecurity and pessimism into songs that spit and roar about the unfairness of it all. Operator takes the opposite approach. Fronted by consummate performer, multi-instrumentalist, mixed martial arts fighter, gunslinger, and all around modern renaissance man Johnny Strong, Operator is all about believing in yourself, embracing the moment and making the impossible happen. A soldier of self-empowerment, Strong speaks with a commanding voice that rings loudly throughout Soulcrusher, Operator's major label debut. A triumphant album in the spirit of some of Strong's favorite artists - Jimi Hendrix, Led Zeppelin, Lynyrd Skynyrd, and Guns N' Roses - Soulcrusher pays homage to the past, but maintains a spirit and philosophy that ranscends its influences. The disc is an inspirational reality slap, a high five to those who make the most out of life, and a dire warning to anyone who lacks the courage to follow their dreams.